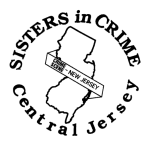 The April 23 meeting of Sisters in Crime Central Jersey will welcome (by Zoom) author Ann Charles of Seattle, Wash., who seasons her mysteries with adventure, comedy, romance and suspense. She writes the Deadwood Mystery Series, the Jackrabbit Junction Mystery Series, the Dig Site Mystery Series, the Deadwood Undertaker Series (with her husband, Sam Lucky), and the AC Silly Circus Mystery Series. Her Deadwood Mystery Series has won multiple national awards, including the Daphne du Maurier for Excellence in Mystery/Suspense. Ann studied creative writing at the University of Washington, and belongs to both Sisters in Crime and Western Writers of America. When not toiling away at her next book, she is arm-wrestling with her two kids, attempting to seduce her husband, and arguing with her sassy cats.